Hackney native rapper/producer Henny Knightz, one half of the alternative Hip-Hop duo ‘The Knighthood Society’ brings us his new EP project under the riveting name of the ‘Random House of Evil’.

Born in Lower Clapton in East London, Henny has been immersed in the culture of his London roots his whole life and has developed into one of the most respective up and coming UK rap artists and has now succeeded in writing, producing and performing his new EP in its entirety, showcasing to his fans the pure talent exhibited by Henny as a contemporary artist. The ‘Random House of Evil’ project is not only an outline of Henny’s artistic ability but it is also the soundtrack to an associated short story written by Henny himself detailing his adventures travelling to Brisbane, Australia, on a whim to essentially escape troubles and pressures in the all too familiar London.

The ‘Random House of Evil’ is split into 6 tracks that represent 6 different rooms in a ‘cerebral boarding house’ of which once occurred in a dream of Henny’s before he began writing his new project. Each track in the project sees Henny forced to ‘eternally relive and narrate an agonising moment from his past’ and as the EP progresses his circumstances shift and adjust for the better, providing hope and assurance for his future.

Understandably, Modèle was left wanting to know more about the story and journey behind this new project. We asked Henny, in more detail, about his background and high level of ingenuity required to create the EP.

The creativity behind the new EP being a soundtrack to a short story written from the travels between the UK and Australia is so inspiring, was this always something you wanted to create and what is the backstory behind ‘Random House of Evil’?

'Thank you, the backstory behind 'RHOE' actually begins with a dream. I had a dream where I owned an establishment called 'Random House of Evil', during this time I was severely depressed, so when I woke up I was like 'This has to be the title'. I was striving to make the most brutally honest project I could during the process, I couldn't run or hide from what I was going through anymore. I had to face my inner demons head-on. So as I was travelling from London to Australia it really allowed me to look at my circumstances and issues from a different point of view. I like to say you can't look at the outside of the car whilst you're driving it. So being granted the opportunity to leave London and see a new way of life really gave me a lot of clarity. I always had a strong concept of what the initial story of 'RHOE' would be, but my main focus was actually creating the music first. It wasn't until lockdown where I was finally able to put pen to paper and write the accompanying story.

I believe the EP was written, produced and performed all by yourself, this is very rare in artists nowadays, what was the process behind the EP and what made you want to be involved in every aspect of the album?

I've always produced, mixed, mastered and written my own music. It initially started because no one wanted to do it for me. I have a quite distinctive, peculiar voice so I think it was either intimidating or too far left for other producers at the time to really know what to do with it. I'm so grateful for that though, because it allowed me to create my own sound. If you can't find someone to give you the perfect canvas to paint your picture, you have to make your own. Also, this is a very personal project for me, a lot of my music is, so I had to make sure everything was 100% authentically me. Funnily enough though, at the beginning of this project I was convinced that allowing others to come in and aid with the mixing and recording etc would be the best thing to do. I never do this, but I was like 'hey let's try something new'. It fell through. Everyone jumped ship. So when I finally finished up the project and started putting together a team to create the visual campaign and plan more videos, lockdown happened. I felt so defeated, It was such a rollercoaster trying to get everything done and because I allowed myself to sway from my core and believe that I needed others to make things move I didn't know what to do. Falling back into that depressed state I was initially in when I created the project, I began to write the short story. I don't know what happened but I was back, planning, creating and figuring out what I want to do. 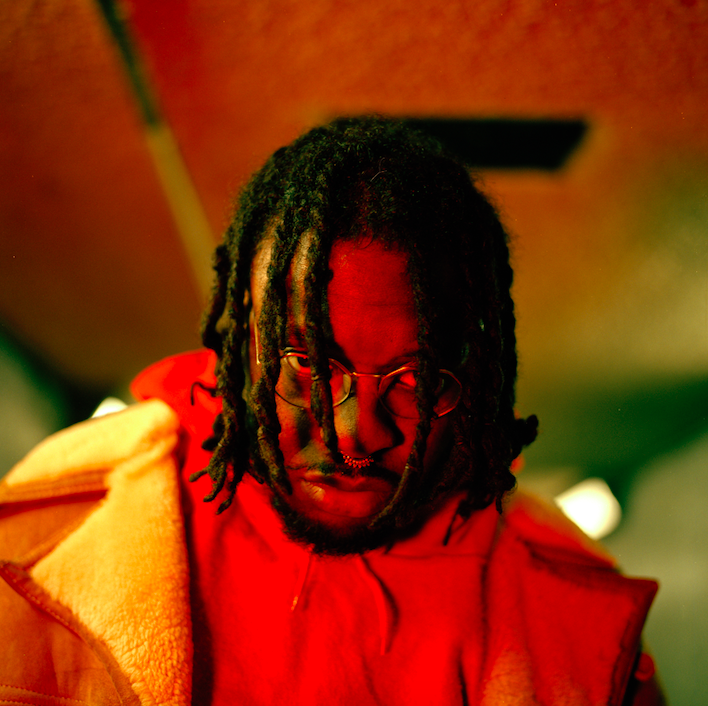 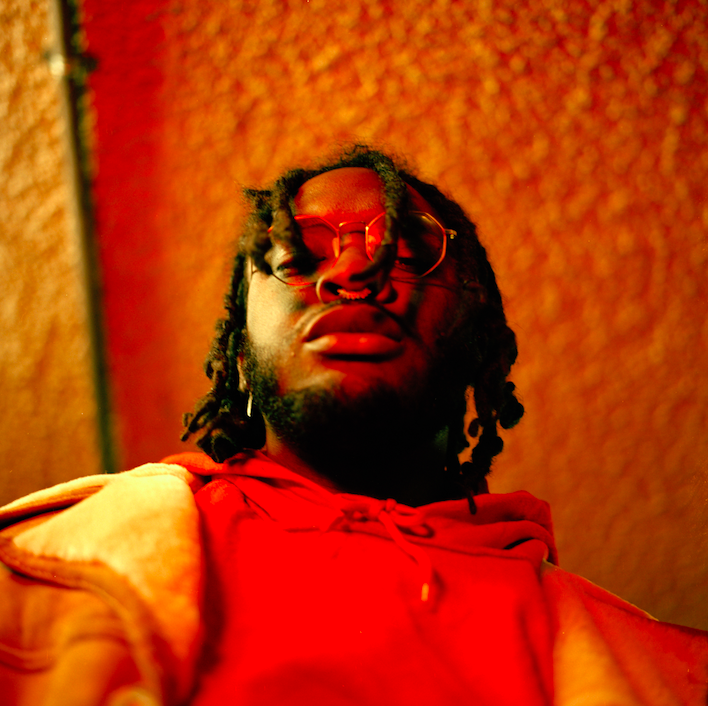 Being born in East London, how do you feel your music was influenced by the London rap scene?

Majorly, when I got into music, our little part in Hackney had our own scene that the rest of London wasn't that privy to. It was an underground Hell. I can't call it anything else but WZRDSHIT. Created by a group called '3rd Order Wzrdry' It was a night in a club called Alibi, in Dalston. It was here where I was exposed to this dark avant garde, we don't care what everyone else's doing approach to things. From the fashion sense to certain detuned low pitched beats. It really aided in me finding my identity in music. It was a constant reminder that Hackney has and always will have someone special. A unique way of doing things in music, so I wear that proudly. Grime and early Three 6 Mafia was very much a big part of my musical DNA, as well as reggae Hip Hop and all other genres but I would say it was that period 'WZRDSHIT' was a thing that allowed me to grow into who I am now.

The contrast throughout ‘Random House of Evil’ is very evident between songs such as ‘Soul’ and ‘Hit Boyy’ being completely different sounds. Is variety something you believe is necessary in a project like this?

Absolutely, different sounds convey different moods, trigger different emotions. Some days feeling suicidal isn't the same feeling as when you're just sad and want to be left alone, or when you may be quiet but you need to be around people. Or the days when things aren't as bad and you actually have a good day. It's those little nuances that make us human, The subtle varieties. Also, I didn't want the project to sound like one long song.

As the EP was released in May, how did the global lockdown affect the release and what has the response been so far?

It threw a wrench in everything. However, it was actually the tool I needed to help me properly move things along. It really helped me. If there wasn't a lockdown, I wouldn't have created the artwork or wrote the story. It forced me to be creative and take back control of my artistic expression that was starting to get lost prior. The feedback has been great so far, I've had people genuinely thanking me for speaking about what I did. I've never had that before but it's the best feeling ever. I always want my music to connect with people.

Now you have two EPs and a number of singles behind you, is a debut album on the cards in the near future? If so, then what are your initial thoughts for this?

Yeah of course, I approach everything I make with that 'Let's make an album' mindset. I actually released a 14 track mixtape called 'The Nelis Fitzgerald' which I'll be re-releasing on its anniversary. Very important project in my discography. I've got more things planned to come next but I'm still in creation mode so I don't want to announce anything prematurely. I'm still learning and growing and when I feel I have the right thing, it'll be time.

Now lastly, what has been one thing you have enjoyed in lockdown that you wouldn’t have experienced beforehand and what do you hope to gain from the experience?

I managed to really get back into bmxing and fall in love with plants and reading. Before lockdown, I felt like life was just moving and I was getting pulled along. Trying to scramble control of what I could grab when I could. I was in chaos. At first, I thought lockdown was the worst thing ever, but it's really allowed me to become more in tune with who I am and what I want. It's just a shame so many people died. So no matter how bad or hard things were, I'm grateful I'm alive.

As the global lockdown slowly but surely comes to an end, Henny’s profile as a promising and truly authentic UK rap artist will surely soar and we hope to catch him up with him on the release of a debut album and perhaps a UK tour in the near future.

Planet B | Graduate Designer to watch